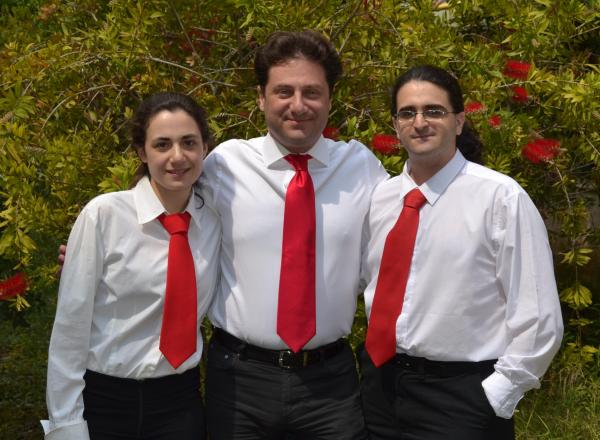 For a humourous summary of the developers’ bios see this issue of PhD Comics.

Eirini Arvaniti is a student, currently in the last year of her undergraduate studies at the National Technical University of Athens. She is carrying out her diploma thesis in the area of Programming Languages, under the supervision of Kostis Sagonas. This is how she learned about Erlang and got involved in the development of PropEr. She has implemented the PropEr library modules that offer support for model-based testing of stateful reactive systems. Starting September 2011 she will be a graduate student at ETH Zurich, in the area of Computational Biology and Bioinformatics.

Kostis Sagonas is an academic who is working in the area of programming languages and systems. He has been heavily involved in the development of Erlang and its implementation since 1999. At Uppsala University, he has led the development team of the HiPE native code compiler that nowadays is part of Erlang/OTP. Together with his students, first at Uppsala University in Sweden and more recently at the National Technical University of Athens in Greece, he has proposed various changes and additions to the Erlang language (most notably, algorithms for binary pattern matching, the extension for bit-level pattern matching and bit-stream comprehensions, and the language of type and spec declarations that is part of Erlang and nowadays widely adopted in the language comminity.) In addition, he has contributed to Erlang compiler and runtime system. Besides HiPE and its ErLLVM extension, he has designed and implemented many software development tools for Erlang (Dialyzer, Typer, Tidier, PropEr, Concuerror, CutEr, …) and has contributed bug fixes to many open-source Erlang projects.

Manolis Papadakis is a graduate of the School of Electrical and Computer Engineering of the National Technical University of Athens, where he majored in Computer Engineering. He designed and implemented the core PropEr system and the Type Language integration extensions as part of his diploma thesis, under the supervision of professor Kostis Sagonas. Afterwards, he pursued an M.Sc. degree in Logic and Theory of Algorithms and Computation at the MPLA Inter-Disciplinary Graduate Program. Since September 2011, he is a Ph.D. student at the Department of Computer Science of Stanford University.

Outside of academia, he is a FOSS enthusiast, die-hard KDE fanboy and former gamer.